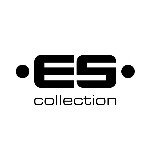 ES Collection was founded in 2006 in Barcelona, dedicating itself to the design, manufacturing and sale of men’s swimwear.

Months after first opening, and on the back of the success achieved in Spain, the expansion began into other countries and regions, such as the rest of Europe (the United Kingdom, Italy, France, Germany and Denmark to name a few), as well as the United States, Japan, Russia,Canada and Mexico. Currently, the Catalan company has 30 boutiques in some of the most important cities in the world and has a presence in more than 200 other points of sale spread throughout the world.

As it currently stands, the brand is not only a designer of swimwear, but has also amazingly converted itself into a lifestyle brand and our collections include: men underwear, men casual and sport wear and men accesories.