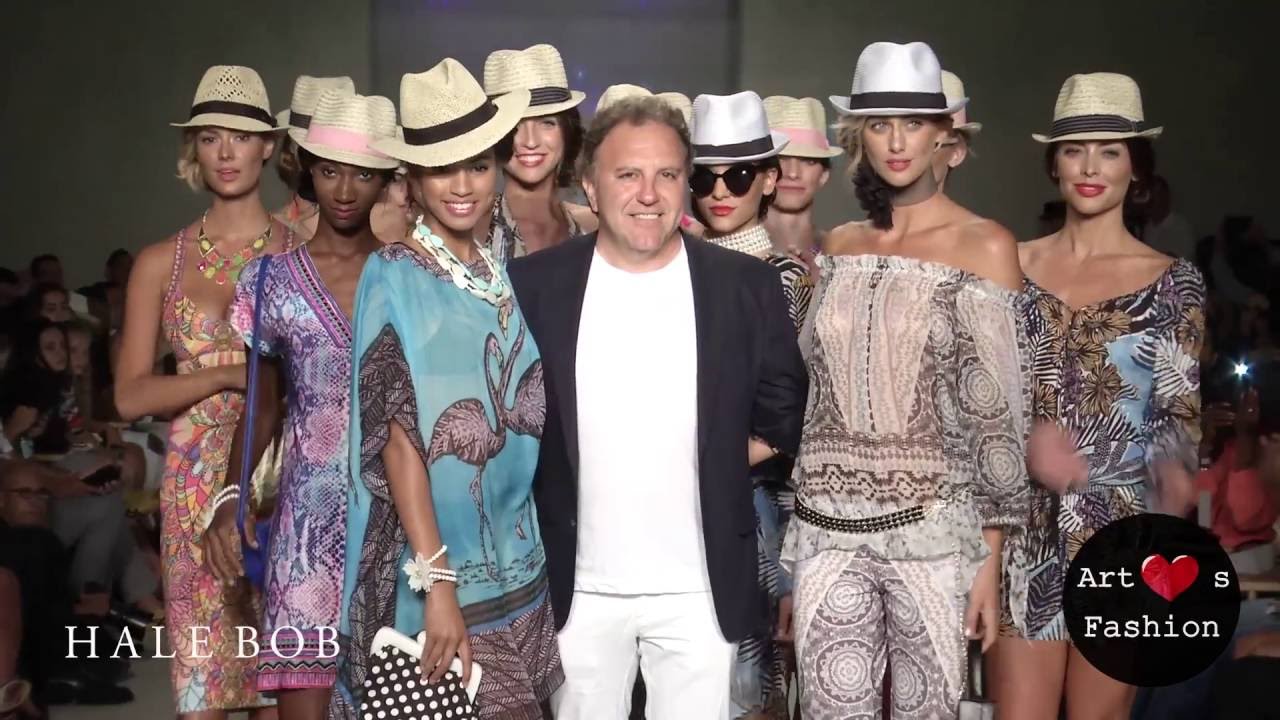 Daniel Bohbot was born in Casablanca. At the age of four his family moved to Paris. As a young man in the “City of Lights” Bohbot emersed himself in the art, music, film and architecture of that metropolis, developing a sense of style and a viewpoint which combined the world of pop culture and celebrity with the world of couture. A 2001 visit to Los Angeles affirmed this creative viewpoint for Bohbot and made him realize the “City of Angels” was “the place” to launch the designs that would quickly make his clothes the must-have fashions for Hollywood’s celebrity clientele.

Bohbot’s brand of feminine, distinctive and rich clothing and accessories capture the attitude of style, glamour and fashion of the celebrity elite of Hollywood. Eva Longoria, Halle Berry, Paris Hilton, Cameron Diaz, Britney Spears, Sharon Stone and Heidi Klum are a few of the many stars who choose Hale Bob fashions for day or evening and who are repeatedly seen in the press or media wearing the distinctive prints and designs of this west-coast contemporary, fashion brand. Daniel Bohbot’s creations have been featured in music videos, film and some of the most popular television shows, including Desperate Housewives and the Ellen DeGeneres show.

Bohbot finds inspiration for his unique blend of style and sophistication on his bi-annual worldwide tour, always on the lookout for the next big trend or movement in what women are wearing then inventing ways to weave those discoveries into his fashion. Always finding inspiration in the unique culture of celebrity found in Los Angeles, Bohbot sees the impact this lifestyle has on fashion.

“At Hale Bob we create clothing that sets women apart from the crowd. Our collections are unique and our prints are developed in our studio and are exclusive to Hale Bob. Most of our garments are made from 100% silk. Silk is a natural fiber that keeps a woman warm in the winter and cool in the summer, captures the essence of femininity and creates a transformation whenever she wears it. Our priority is to make a woman feel beautiful, comfortable and confident.”