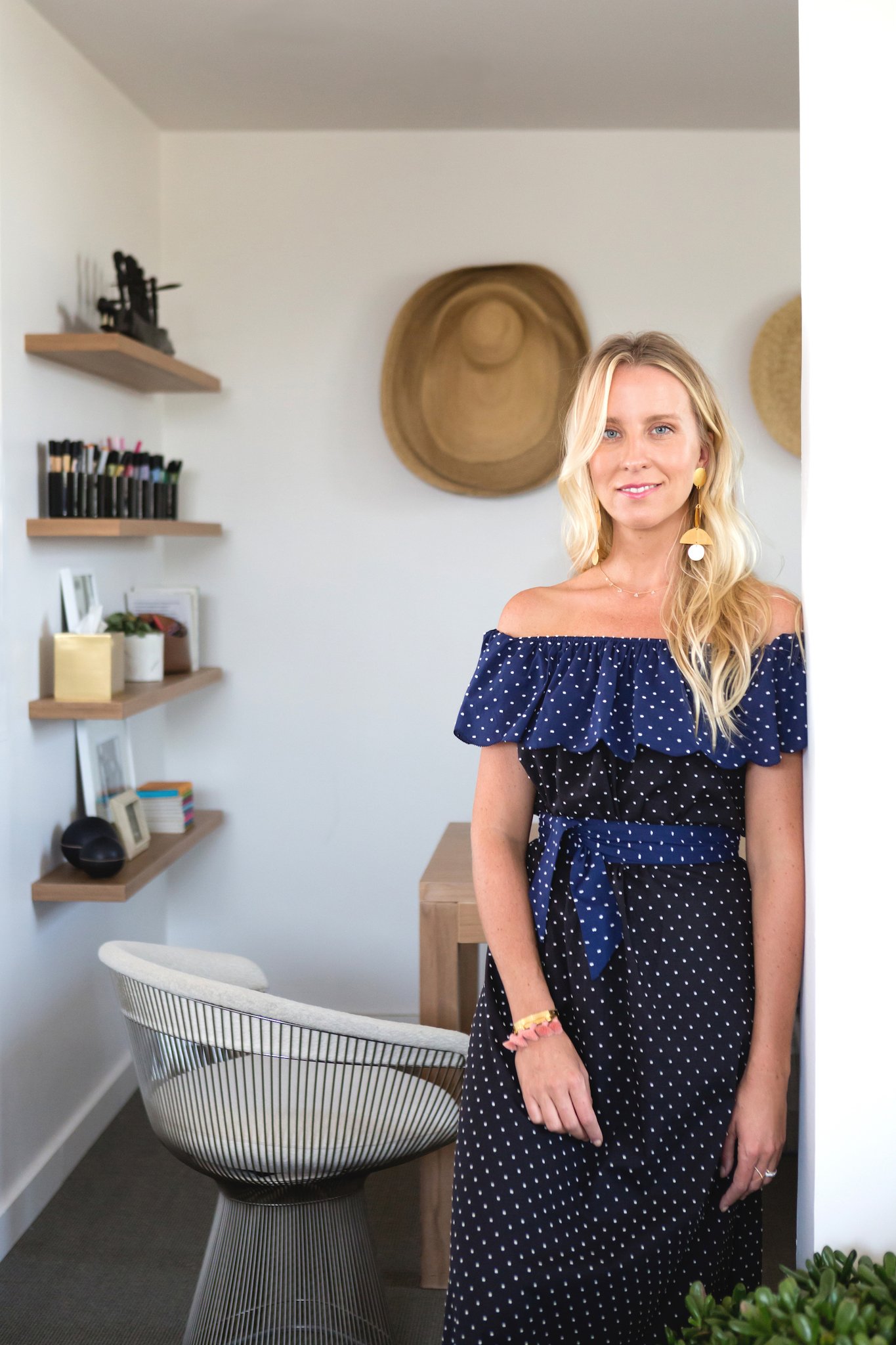 The Polish-born, former ballerina and longtime surfer spent most of her time wearing leotards and wetsuits. It wasn’t until she began to explore her interest in fashion that she discovered she could translate her early uniforms into a fresh, modern swim and effortless beachwear collection.

Following her studies at the Fashion Institute of Design & Merchandising in Los Angeles and an internship with Milly in New York, Marysia launched her namesake brand out of Charleston, South Carolina. After a few years, the company relocated to New York to grow the business.

Made from premium Italian fabrics, the swimwear is cut by hand in a couture factory. The brand’s aesthetic has attracted fans including Oscar winning actresses Lupita Nyong’o and Gwyneth Paltrow and global fashion influencers like Lauren Santo Domingo, Leandra Medine and Evangeline Smyrniotaki.

While her scalloped edge swimwear has become her signature, Marysia continues to expand the brands offerings. With a focus on vacation wear, Marysia designs with travel in mind, creating collections a woman can wear from day to night. She is also constantly inspired by women who wear the collection and their appreciation for art, style, culture and adventure. Like them, Marysia wants her swim and off-duty resortwear to transport her to places she dreams of, from Harbour Island to Biarritz.

The fashion industry has embraced the brand as well. Marysia won Charleston Fashion Week’s emerging Designer Competition in 2009 and was selected among the CFDA Fashion Fund’s top 20 in 2015. She has created exclusive capsule collections with brands including Jenni Kayne, Matchesfashion.com and Jonathan Cohen. The brand has been featured in leading fashion and lifestyle publications including Vogue, Harper’s Bazaar and Architectural Digest, landing on covers of many of these publications over the years. It is globally sold in over 200 doors like Net-a-Porter, Lane Crawford and Collette.

Marysia lives and works in Venice Beach, California with her husband Nathaniel, the company’s CFO, and their two daughters.