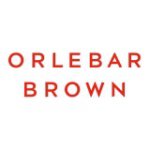 Based in London, Orlebar Brown launched in March 2007 as a more tailored approach to men’s beach and swim shorts. Not so much a swim short but  a ‘short you can swim in’, offering something you can wear on the beach, by the pook and then smart enough to go have a drink or lunch.

Having Initially focused on tailored shorts, the range evolved into a full resort collection influenced by 1960’s poolside utopia. The OB world draws inspiration from Slim Aaron’s iconic Pictures of Riviera and Palm Beach life during the decade. Not just a smarter look but a reminder of the sophistication that once went with travel and holidays.

Orlebar Brown was founded by photographer Adam Brown, who openly confesses the venture to be on of those things he stumbled across quite by accident:

“In 2005 I went on holiday to celebrate a friends 4oth birthday in Rajasthan. There were 30 people in the gorup aged between 25-50 years old Most of them worked in design, took an interest in clothing – but were not obsessed by fashion.

Around the pool, the women in the group looked great, but the men did not.

All were wearing brightly patterned, baggy boxer short styles, briefs or board shorts. The idea for Orlebar Brown became clear when from sitting by the pool, we had to change to have lunch in the bar. “